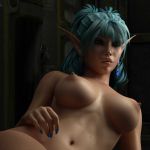 Jake returns home from college for spring break, just as his father went off onto a work seminar. This means that Jake will be alone with Pamela, his dad's new girlfriend.

On the day he got home Jake immediately put some laundry in the wash. Then he went out to get some food. When he got back he saw another car in the driveway. Must be Pamela's he reasoned and went in.

"Hello" he probed, as he walked back in.

No immediate response. He walked to the bottom of the stairs and could faintly hear a the shower. Shouting through a bathroom door is not the way he wants to meet anyone. Jake took his food to his room.

A little while later Jake goes down to move his stuff from the washer to the dryer. He notices something left in the dryer and pulls out a very delicate lace pair of panties. He suddenly notices another person in the room.

Pamela is standing there wrapped in a towel. Her short dirty blonde hair dripping down her head at the moment. A hamper in her hands.

Jake still knelt down in front of the dryer, panties in hand, looks up to her. He extends them out to her.

Jake struggles to keep his gaze upon her face. His attempts to say "I guess these are yours" and "sexy looking lingerie". Blending into an awkward come on.

Pamela simply places her hamper off to the side, and takes the panties from Jake.

"That they are handsome."

She suddenly bends forward giving him a great view of her bosom. Pamela slips the panties on.

"Put my stuff in when you empty the washer, if you don't mind" Pamela says as she turns away.

Dropping the towel off. She tosses it into her hamper as she walks out. Jake getting a glimpse of her gorgeous form.

Jake was struck speechless and after a moment left his daze. He finished transferring his clothes from washer to dryer. Then slightly embarrassed started moving stuff from the hamper Pamela left into the washing machine.

His embarrassment growing with each pair of her panties he puts in. Her amazing ass flashing in his mind each time he touched a pair. He finished putting everything in, and setting both machines. He lingers a moment in the laundry room. Trying to regain his composure before likely seeing her again.

He leaves the laundry room to a fortunately empty room. He decides to discount this behavior as her not seeing him as a man. After all, she is with his dad and there is likely a large gap in their age.

Jake takes a seat on the couch and turns on the tv. Flipping through channels for a while before switching to a movie.

"Ooh, what are we watching?" Pamela's voice rings out from behind him.

Pamela finally comes into his view as she moves in front of the couch to pass him a beer. She seems to have only donned a robe. Jake is acutely aware of what is underneath. She sits down at the other end of the couch. Her legs curled upon the couch. Sipping a beer of her own.

By the bar scene, Pamela had finished her beer and got up and went back to the kitchen. She comes back and passes Jake another. He is making quick work of the beers he is being passed. His nerves steadily growing as he takes regular peeks at Pamela.

The scene after the bar with the jump scare gets Jake good, with his heart already racing and his mind constantly shifting focus. Pamela giggles.

"Aww, you that actually got you to jump. That's adorable."

Jake just blushes and tries to sip his beer. Now realizing he's already finished it. He gets up to get another. Remembering that she had been kind enough to get him a couple beers at this point, Jake tries to be polite.

"Do you want another beer?"

"I'll take one, unless you've got something stiffer."

Jake feels his cheeks burn for a moment. Before it clicks.

"There's some vodka and some gin" he lists as he looks in the cupboard.

"Pass me the vodka" she says from behind him.

Jake abruptly grabs the bottle and turns. She takes the bottle from him and pours two low ball glasses halfway. Then takes a redbull from the fridge, opens it, takes a sip, then pours it into the glasses.

She passes him one and walks back over to the couch. Jake follows a bit behind. After they both sit this time she stretches her legs out onto the couch. Her feet lightly nudging against him.

As the movie show's the titular Jennifer open a hoodie with nothing underneath, Jake starts to realize this may not be the movie to ease his current tension. When a couple minutes later it has a nude scene at a lake, this hits him even harder. He feels his face go flush. He hears a slight giggle come from Pamela.

"Don't worry, I'm sure by now at college you've seen a girl naked."

Jake merely smiles meekly, in response. He tries his best to focus on the movie. Before he realizes, Pamela is bringing him a second vodka redbull. It reaches the part in the movie with someone slowly walking through an abandoned house. While the tension builds, Pamela sees her chance.

She pounces at Jake, putting a hand on his shoulder as she uses the other to catch herself on the couch.

Jake is very startled by this. He quickly turns to her. She hasn't seemed to notice this motion left her robe a little more open. He gets an eyeful before he shoots his gaze back to the movie. Just in time to watch a character grabbing a condom.

Pamela at this point doesn't recoil back to the other side of the couch. she shift her legs up the other way now nestled against him. She bends off him for a moment to retrieve her drink. He tries to discreetly adjust his boner. Hoping to make it less noticeable.

She rest back against him. They continue watching with Jake doing his best to not move in the slightest. They reach the scene with the protagonist and antagonist making out on the bed. Pamela breaks the silence.

Met with silence she probes further.

"Doing anything with a hot chick is fun" Jake finally responds.

Pamela shifts off of him to face him.

"So this might be very forward, but your father and I have an agreement that when we aren't around each other we can have fun with other people. I notice you seem a bit interested in me, and my type is kind of particular, but you are very much your father's son. So why don't you kiss me and see if it's fun?"

As she gives this proposition one of her hands is slowly opening her robe. Her other hand grabs his and guides it up to her chest. The convincing argument, her alluring gaze, tempting body, and the alcohol all push Jake to dive in.

He quickly kisses her. Pulling back after a peck on the lips. Her hand leaves his on her breast as it goes to the back of his head. She pulls him into a deeper kiss. Tongues tenderly slipping in and out of each others mouths. She drops back on the couch, after releasing the back of his head.

He leans after her, his mouth now at the level of her chest. He quickly starts sucking, licking, and nipping at her nipples as his hands cup them from underneath.

"My, my, you really only needed the invitation. Why don't you show me that boner you were trying to hide earlier."

Jake hops up from the couch, nearly stumbling he catches himself. Pamela impatiently starts undoing his pants for him. His pants already handled, Jake pulls off his shirt.

"Pass me that would you dear?" Pamela says pointing at his shirt in hand.

Jake complies. Pamela stands holding it by the sleeves she rolls it quickly then ties it like a blindfold around his head.

"Now be a dear and keep your hands on my shoulders" she says guiding his hands to them.

Jake feels her sink down in front of him. Her warm soft lips grace the tip of his shaft. Her fingers gently tickle his balls. Her fingers disappear as her mouth begins to slowly envelope the tip.

With only the tip in her mouth he feels her tongue brush against the tip. Her lips sink back.

"Now be a good boy, and be sure to keep your hands on my shoulders." she reminds him.

Her lips envelop the tip again. Her tongue absent at the moment. He suddenly feels something cold on his balls. She is fondling them with cool wet fingers. She must've dipped them in the ice of her drink.

The cold makes his sack scrunch a little, and the smallest drop of precum is forced out. Her tongue is quick to lick it off. Her mouth leaves the tip again.

Pamela sucks on his sack. The warmth is very relaxing after the cold. Her hand with freshly cold fingers wraps around his shaft and begins stroking. Jake struggles to stifle a whine.

Her mouth goes back up to his shaft. This time taking it in its entirety with great speed. Excitedly she bobs her head. Jake lets out several sighs of enjoyment. A good way to orgasm she stops.

"Are you enjoying this, doll?"

He feels her stand with his hands rising, till on her shoulders. Despite her previous actions, he was not expecting it when she put an ice cube against her neck. His hands gripping tightly her shoulders.

"Aw, baby don't worry. I'll warm you" she says softly in his ear.

She presses her body forward against his, her other hand angling his shaft between her thighs. Her vulva resting on his shaft. Her lips replace the ice on his neck.

Her lips not entirely leaving his neck she says "you can thrust if you want."

His hand remain on her shoulder but his arms move around her sides giving him better hold of her. He starts thrusting. She moves her lips up and down his neck. Her fingers start lightly tracing on his back.

His thrusts pick up in speed. It doesn't take long.

Pamela Slides down on him. Taking him in her mouth with great enthusiasm. She ducked down so quickly his hands came off her shoulders. He quickly reaches down to put them back. Her hands jump up to his wrists and guide his hands to the back of her head. Instinctively he pushes her fully onto him as he lets loose in her mouth.

Pamela slowly slides her head off him. When just his tip is in her mouth he feels her swallow.