Started by Monica Mardain · 0 Replies
Reply to this topic 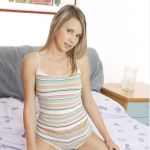 The potholes awaiting any Numbers Guy are gaping and innumerable. What follows are two that sucked me in like an out-of-control vacuum, and spit me out like politicians do pathological lies.

Talk about the exemplary Tony Robbins cash cow! This wet dream from Hell is currently demanding I impregnate her.

To add to the insanity, she's been "with child" countless times in the past. Of course, we're envisioning more kids than The Brady Bunch, The Partridge Family, and your average Mormom household combined, correct?

This chick has no children.

This psycho senorita is single-handedly keeping abortion clinics in business. This whacked woman plans on havin' me knock her up, and engaging in feticide.

As much as I wanna give this lass my signature two pumps, first-hand experience with premature ejaculation, and 50¢ for bus fare home, gettin' off ain't worth takin' a life.

When did sex stop being about sex?!

"Fart on the fine, Corinthian leather of my 1976 Chrysler Cordoba, whilst pissing on this photo of Ricardo Montalban!"

Aren't there any chicks left on the planet who simply wanna screw?! Does there have to be a furtive agenda behind knockin' boots?

Every woman's got some secret spouse hidden beneath the bed, wielding a scythe, preparing to slice your sweaty sack off! Suffice it to say, I'm fucked more figuratively than literally, on this one.

A vegetarian living in Nebraska finds corn in their stool fewer times than I've discovered the following in my E-mail inbox:

"hi thanks for replying to my ad.

my name is tom and basically i am doing this for my wife of 15 years.

i was recently injured in an accident, and can no longer 'be' with my wife the way we used to. i am in desperate need to do anything to help her out and her happiness is of the utmost importance to me. we are in an open relationship now and she is looking for someone to come over and have 'fun' with weekly. i won't be there when you come over so no worries.

looking forward to hearing from you soon."

This Tom character is a fuckin' blast, isn't he? What a fun motherfucker! Talk about the perfect phone operator for a suicide hotline. In his defense, he does E-mail me more than anybody I know, but never seems to have anything new to say.

What type of "accident" do you speculate resulted in Tom's predicament? "I was practicing juggling for the first time. For some reason, I was nude, drenched in motor oil, and holding 17 razor-sharp knives, in a darkened room."

If this Tom's so desperate to do anything for his wife, why not sign a $1,000,000 life insurance policy over to her, cover himself in raw meat, and leap headlong into the lion exhibit at the zoo?

At this point, the chances of him igniting the fires of passion within his woman are as promising as the citizens of Utah and Washington erecting a Ted Bundy memorial statue!

An "open relationship?" C'mon, Tom! Sounds like you couldn't satisfy a hummingbird with what you're packin'. Due to your lack of sexual prowess, your wife no longer wants you. Is that the type of information one volunteers, in order to attract other women?

As far as Tom not attending the extra-connubial escapades of his wife, that's like claimin' people travel to Kansas for its local seafood!

What the fuck am I supposed to deduce from this:

A) Mike is scared shitless of periods.

B) The author of this epitome of run-on sentences isn't aware of how common his name is, and how many people by that epithet I've met at Bob's.

C) Some poor woman, somewhere, is in serious need of dong!

The preceding comes on the heels of my response to an Internet post. As a result, I now have, in my possession, a picture of incredible breasts, and no face with which to connect them.

I'm not intelligent. It took 12 viewings of Star Wars before I realized the iconic blockbuster wasn't based upon a true story. Without the Internet, I'd have less chance of getting laid than the common man does of touching his own nipples together.

The fact remains, I do work sedulously to obtain coital comforts. I have to. I can't simply walk into a room, and expect women to attack me the way Kirstie Alley does a home-cooked meal! If I weren't so busy procuring sex, I'd take offense at the cursory effort the author of the above response expended.

There are those who approach the quest for copulation with passion. Take, for instance, Antoine — who frequents Bob's House of Ass at least four times a week. This icon of intercourse doesn't even have a "job."

"How can one desperate son of a bitch carry out such death-defying acts of heroism?" you inquire.

Antoine sold his house, in order to visit Bob's more often. As a result, he lives in a trailer in the middle of nowhere. My point is, here's a man who addresses his desires with sincerity and thoughtfulness, and then you have people postin' on the Internet who think "cat" is spelled with a "k."

Antoine, I raise a glass of charcoal-filtered, discount vodka in your name! May the shitter in your single-wide never clog, and your fellow trailer park patrons be nymphomaniacs!