Started by Kendra Massive · 0 Replies
Reply to this topic 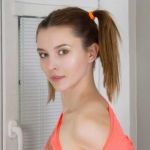 The settlers' third winter on the edge of our land was harsh, the river starting to freeze, the ground too frozen for root digging. I reported to my father that the white settlers fared less well and time for a new treaty.

They'd arrived midsummer, wearied by the ocean from the "Old World". They sought friendship but difficulties arose since they now hunt our game.

They first set camp by the river, which runs to the sea, a bad place. My father told them it floods, is marshy, freezes all winter, then summer brings biting insects that spread fever. But they come from the sea and cling close to their moored ships. Our elders discussed this and we understood.

They're farmers and hunters like us, but come too late to harvest for winter. Their ship brought animals, flour and horrible salted meat but their small tribe fared badly that first winter and the two that followed, only 200 out of 1000 lived.

The ship sails to the Old World every spring, bringing more families but old and new find life hard and sit unhappily within their land. Instead of killing game quietly, they use noisy thunder sticks that frighten off game who never return to their old feeding grounds. They grow one main crop in each field instead of matching plants that live in harmony, so they attract blight and predators who spoil the harvest. Their old world seeds grow poorly, but they mistrust local plants.

I'm my father's youngest daughter, a widow without child. I was the first asked to live with the settlers, learn their language and ways and advise them. But the settlers treated me like a captive child who should not be heard.

The first winter my people gave them food, helped hunt, snare, sun-dry meat, what foods grow where and when but they think they know everything.

Their chiefs met ours again during the third winter, agreed a new treaty. They have iron axes in abundance which we lack, so an understanding reached. We don't value their swamp, so we leave them be.

One of their minor chiefs, a Lieutenant Samuel Brickwood, seems less stiff than others, he smiled playing catch-stick with the boys after the talks. This settler has a long face that looked miserable during the long treaty ceremony but has handsome smiles. My elder sister, Moon Calf, who's five summers older, noticed. She's four summers married Running Elk, living in the North but here visiting. She thinks I'm widow enough. On her last visit Moon Calf suggested Running Elk's brother, Sleeping Wolf, but he's fat and stupid.

"The settler's tall and skinny, so pale he looks ill," she said. "You're skinny, dark and fit, you'll have to let him catch you!"

Before dark I say farewell to my family and walk back to the settlers' camp. I fall into step with Samuel Brickwood.

"Will you sail home before the river freezes?" I ask.

"I am home. My wife died that first winter, so I sailed to England, joined another ships, but my land's here, was drawn to claim it, will open up fields and build a cabin."

"On the escarpment, above where the red stream springs."

"I know it. The soil is clay loam, very fertile for Indian corn."

"Don't cut all the wood, it's teeming with game to snare. Cut what little you need, sell firewood in the town market, there's never enough. Trade for an Indian teepee to live in for a few summers until you've enough winter food stored. Or share mine."

Sam's cart and two plough horses moved my, our home. He's a gentle lover, pleased with me and I with him and thus with child by the spring. Soon we'll marry, both in his church and my father's lodge.

Young Indian girls enjoy much sex before choosing an exclusive lover-husband, so we know how to please a man and guide him to please his wife. Sam's taller than most, his cock and balls big in proportion, but he sucked at sex. His youth frustrated, he only fucked his equally ignorant wife. But he's a good study and he's now confident and pleases me greatly.

The other settlers are not pleased at our heathen coupling but my father accepts Sam as a son.

Our children will be strong and make this land their own.
Share on my timeline